The next day of previous blog, Aug 5th. I visited Niyodo-river which I felt it seemd very good to go when I looked into the travel place options at the tourist information office.

At first, I felt the title of 'Miraccle clear river (奇跡の清流）' was overblown, but I felt it was true after visiting the actual place.

This time, I visited middle part and lower part of the river. Even there, it was very clear and clean. I am ipressed about that very much. 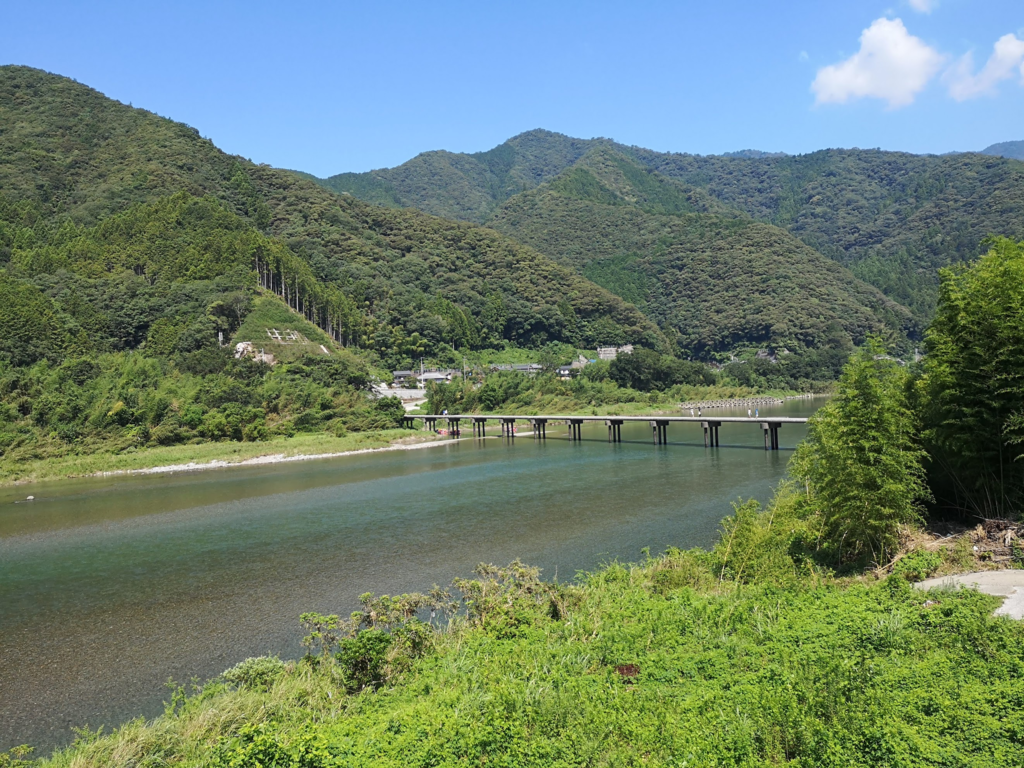 Probably this picture shows how clear the river was. 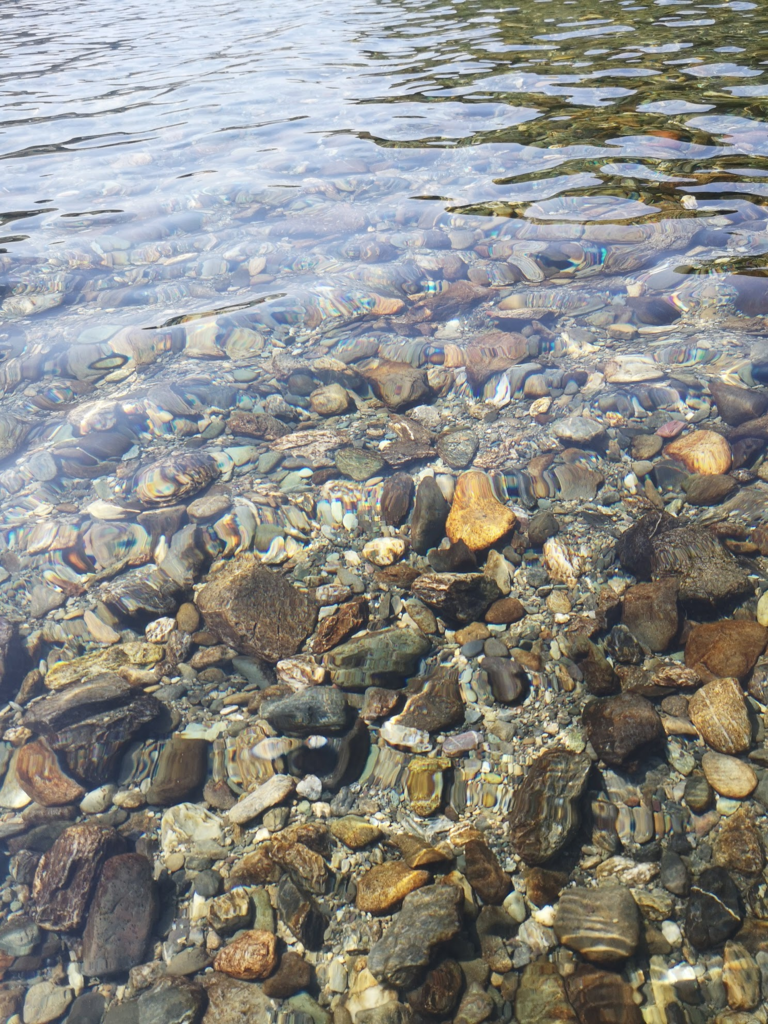 And if you watch this movie, you will understand the transparancy of the river.

The town I visited this day is 'Ino-town' (いの町) . This town was flourished as the town of paper. 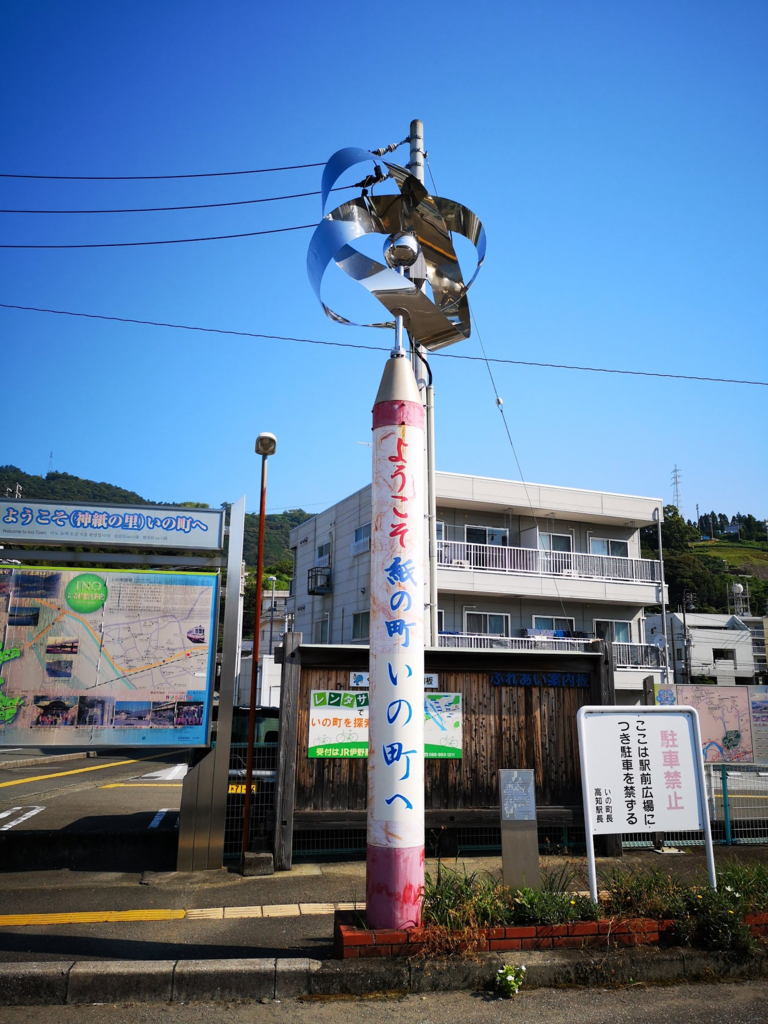 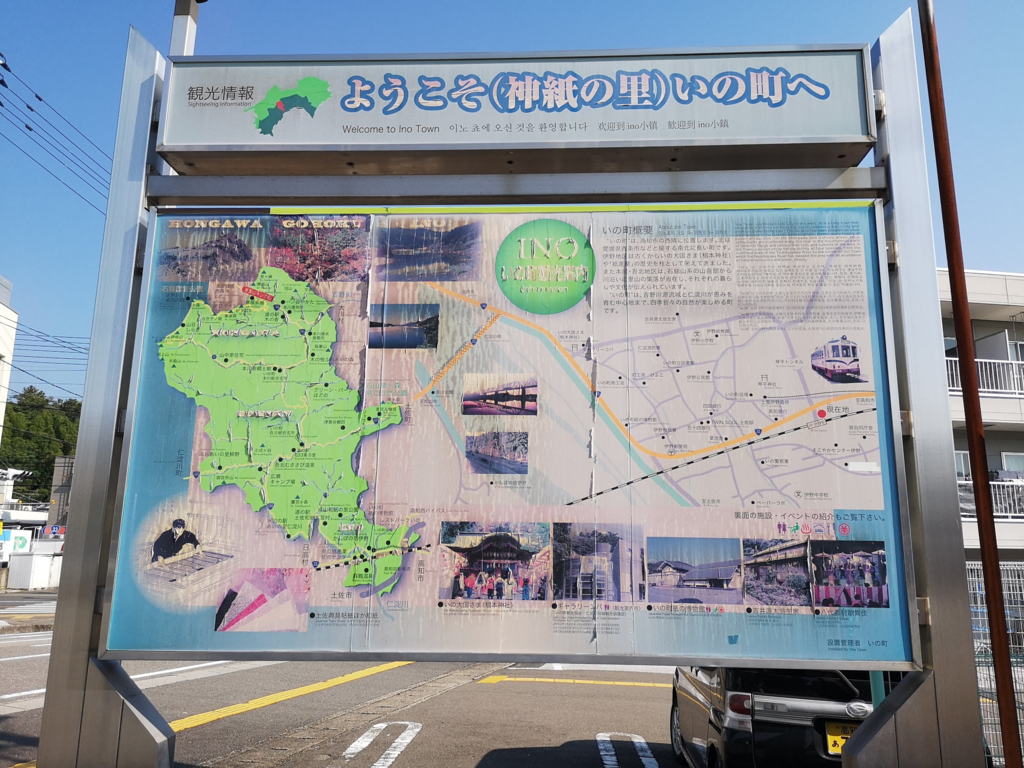 I went to the Niyodo-river from Ino-town by bus. To be honest, I wanted to go to the Nakatsu valley (中津渓谷) which was located at the upper part of the river. However, it takes long time, so I came here, around Nagoya-chinka-bashi. (名越屋沈下橋) Chinka-bashi means the bridge which is designed to be underwater during the flood. 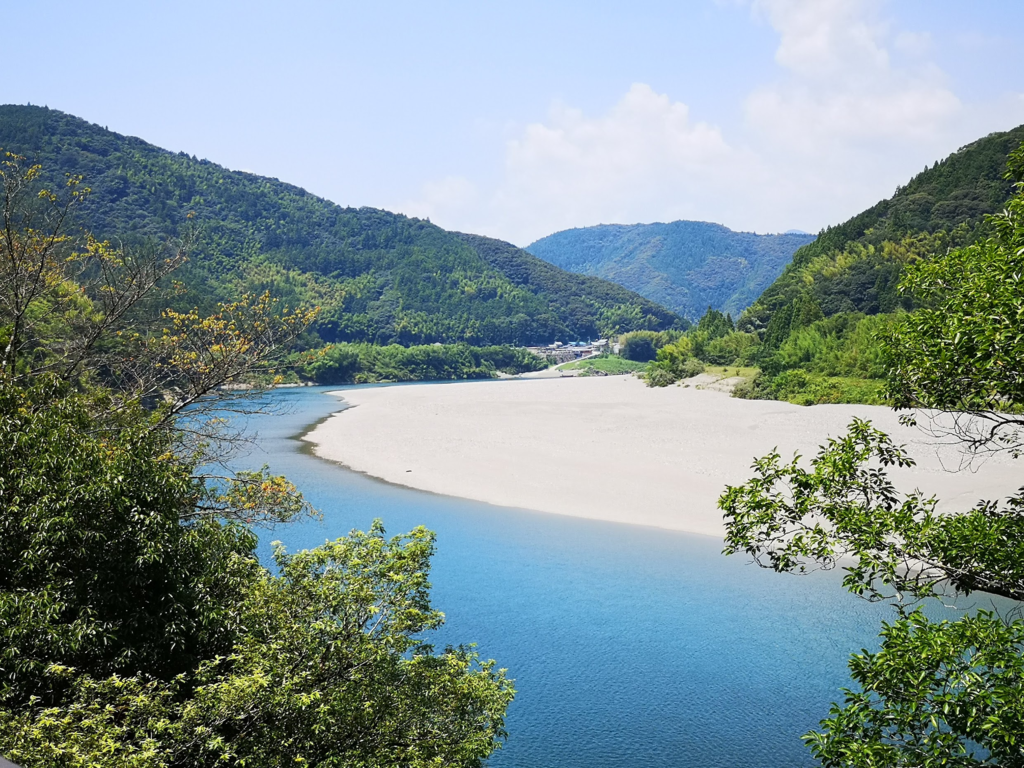 Sinc the water is really clean, I could see the fish from far away. 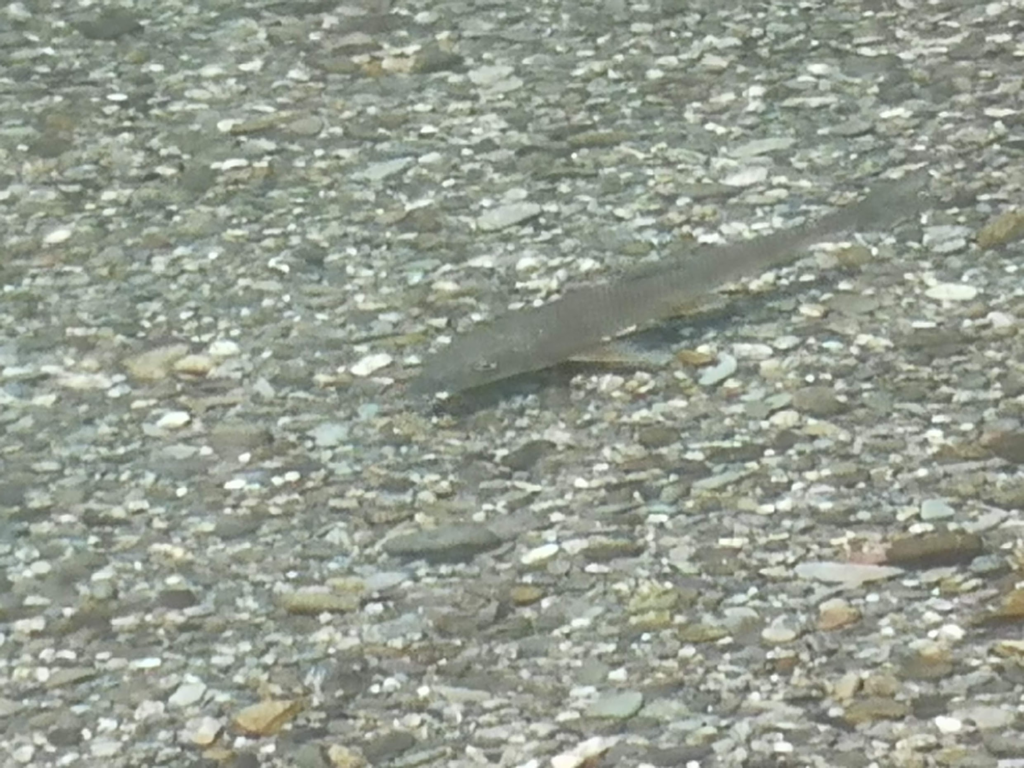 After playing as if I were a child, I went to ride on the houseboat, called Yakata-bune (屋形船）.

I walked to the place I could take on the houseboat, but it was so far that I felt tired under the hot weather. However, it was worth to go. 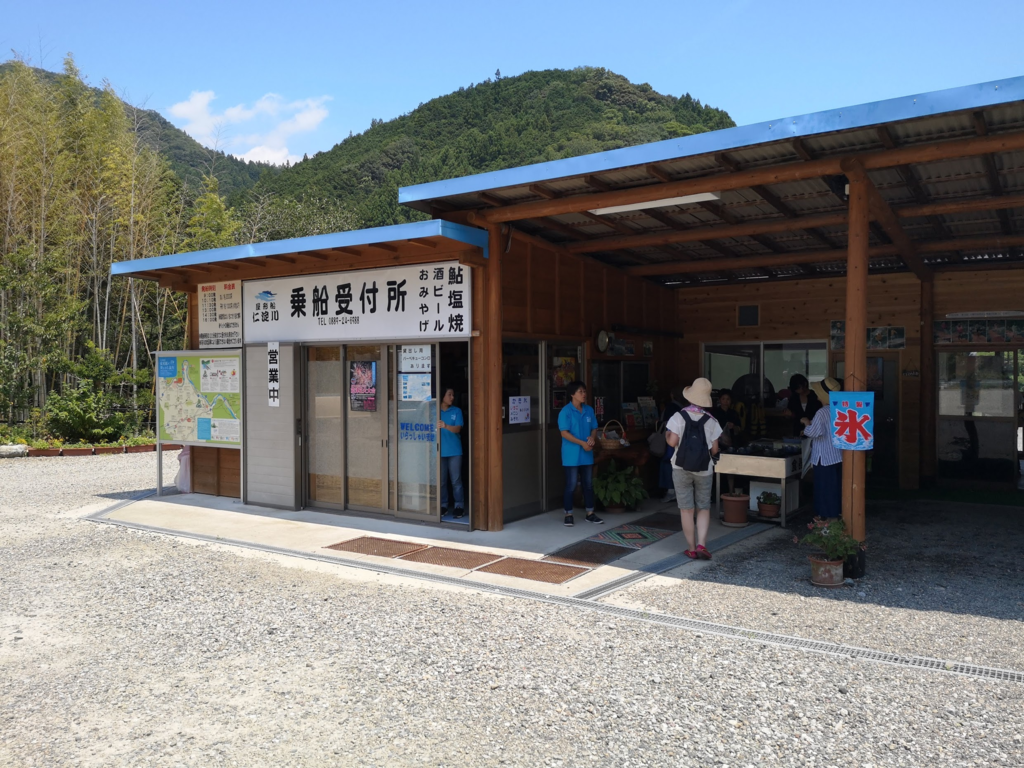 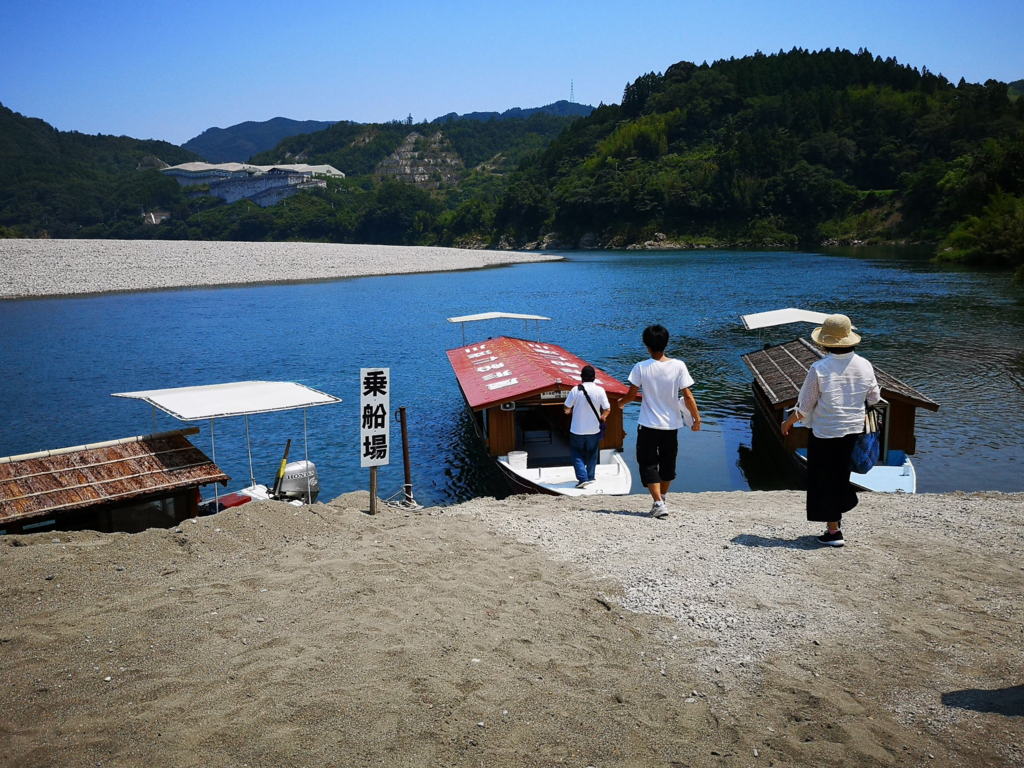 This is another boat I passed each other. 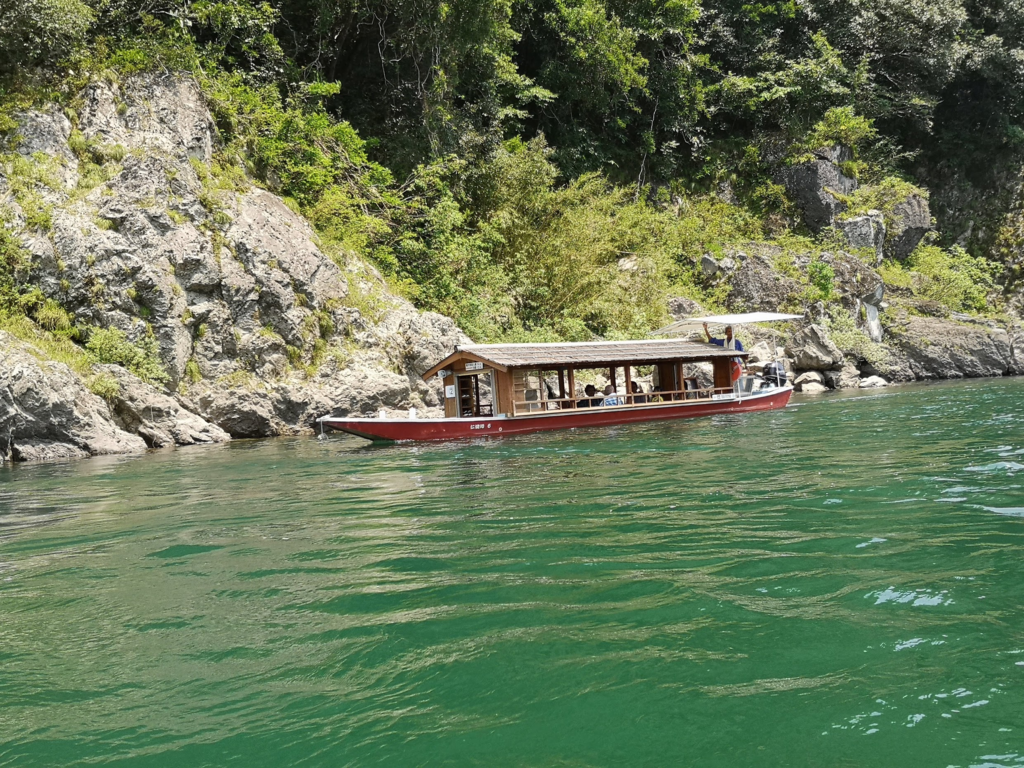 The scenary around Niyodo river was really beautiful

I was suprised because there were almost no trash during the sightseeing. Probably people here have a common view to cherish the river, as the town of the paper. I was really impressed about that.

Net time, I would like to go to Nakatsu valley and enjoy the beautifullness of the place.

After this, I went back to the Ino-town by taxi.

Then, I walked around the town and looked at the historical building. 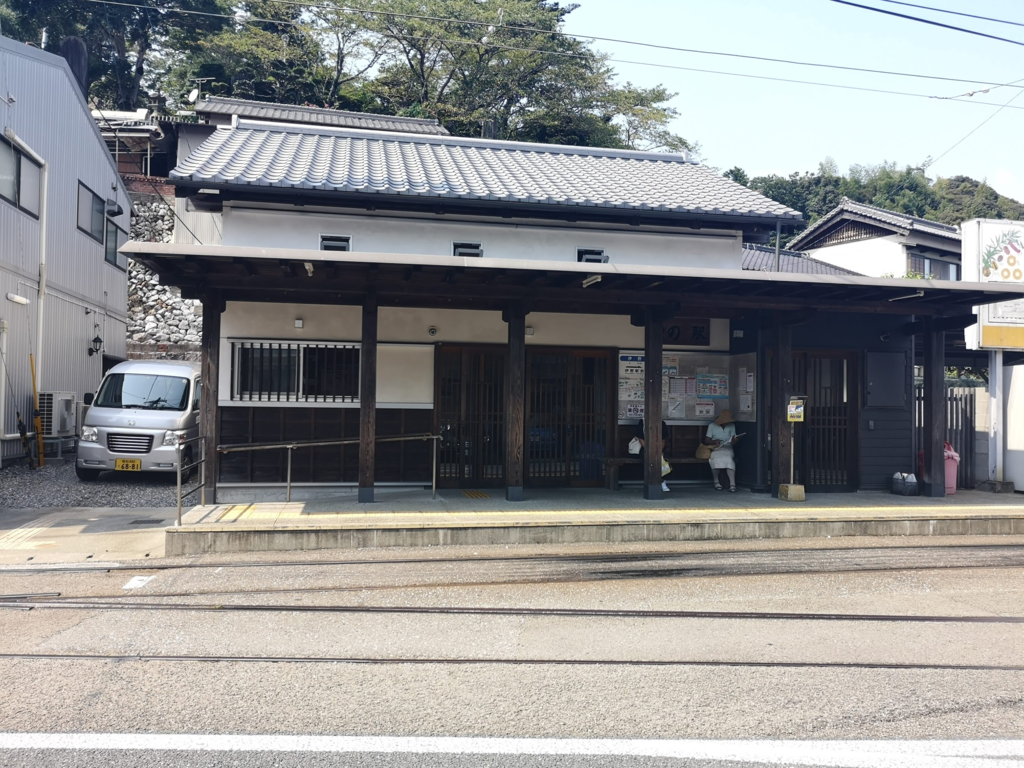 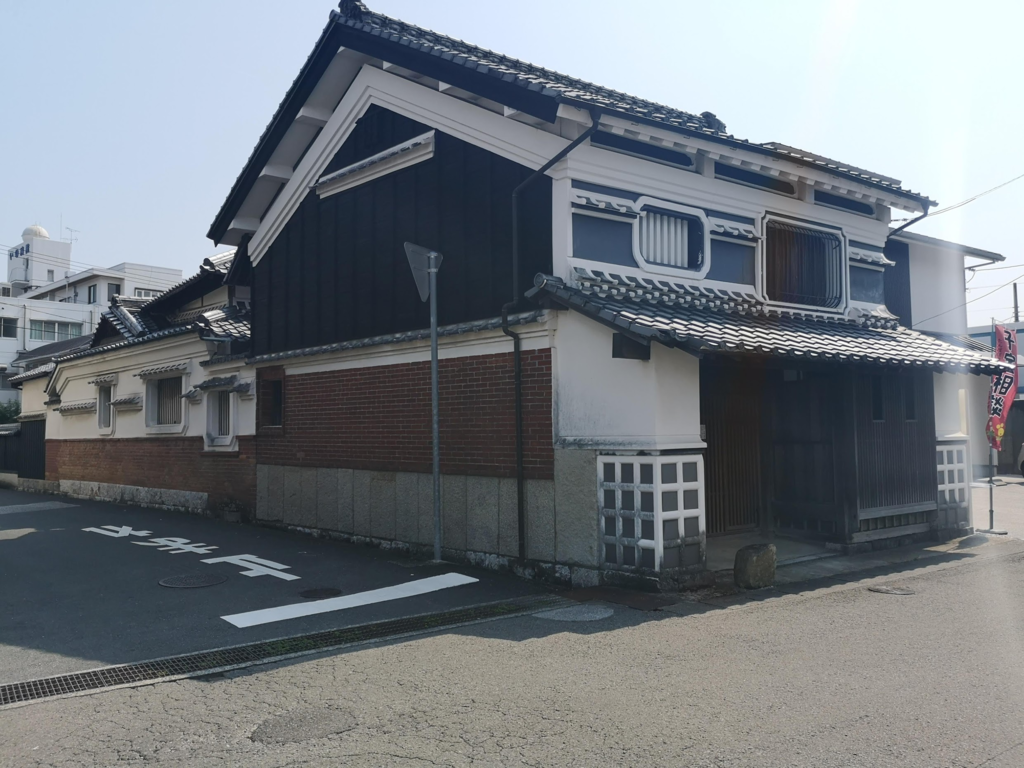 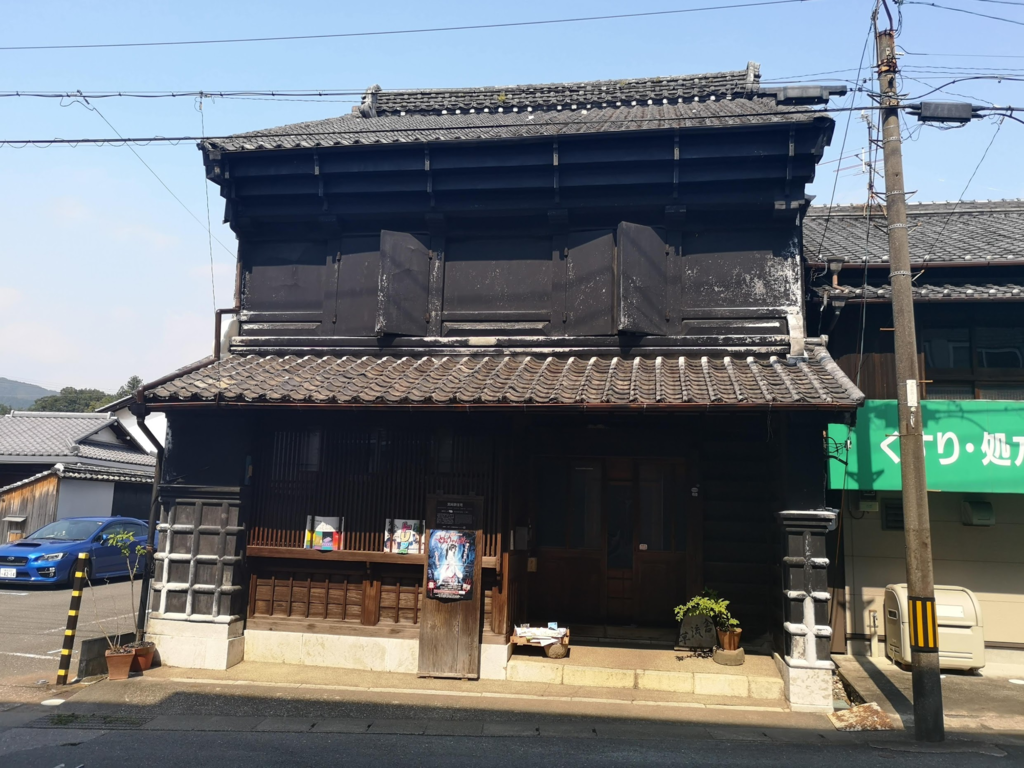 After seeing the town, I went back to the center of Kochi city, then went to the Hirome market (ひろめ市場）、then ate the dinner there. 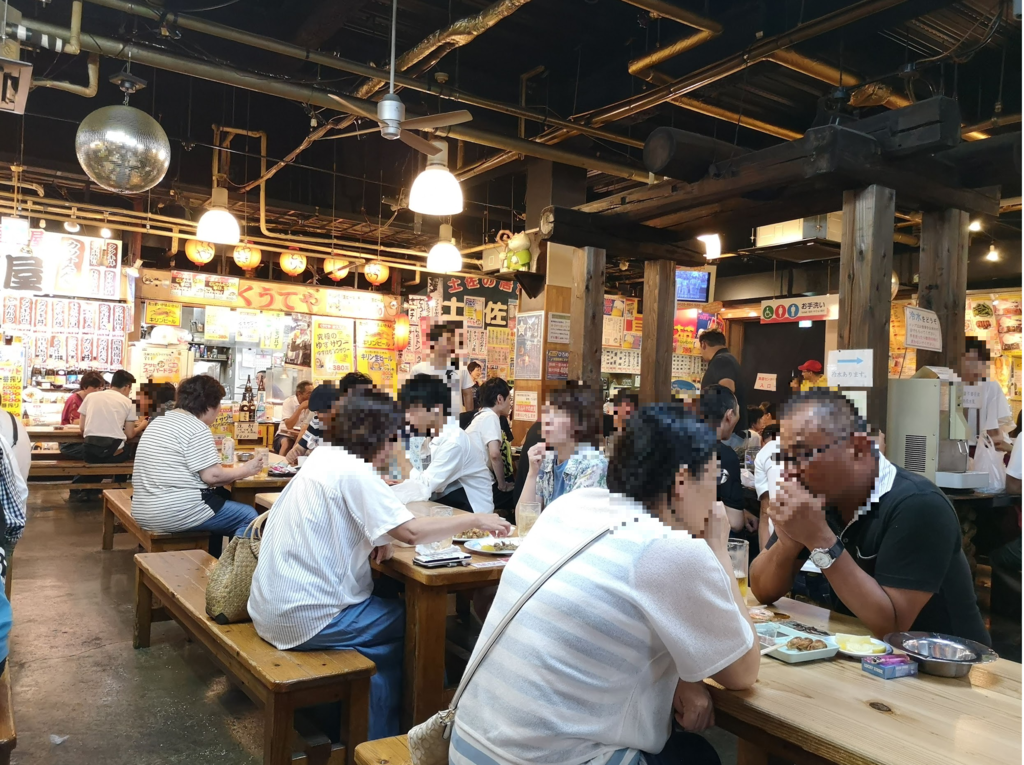 I ate the seared bonito again because it is my favorite. 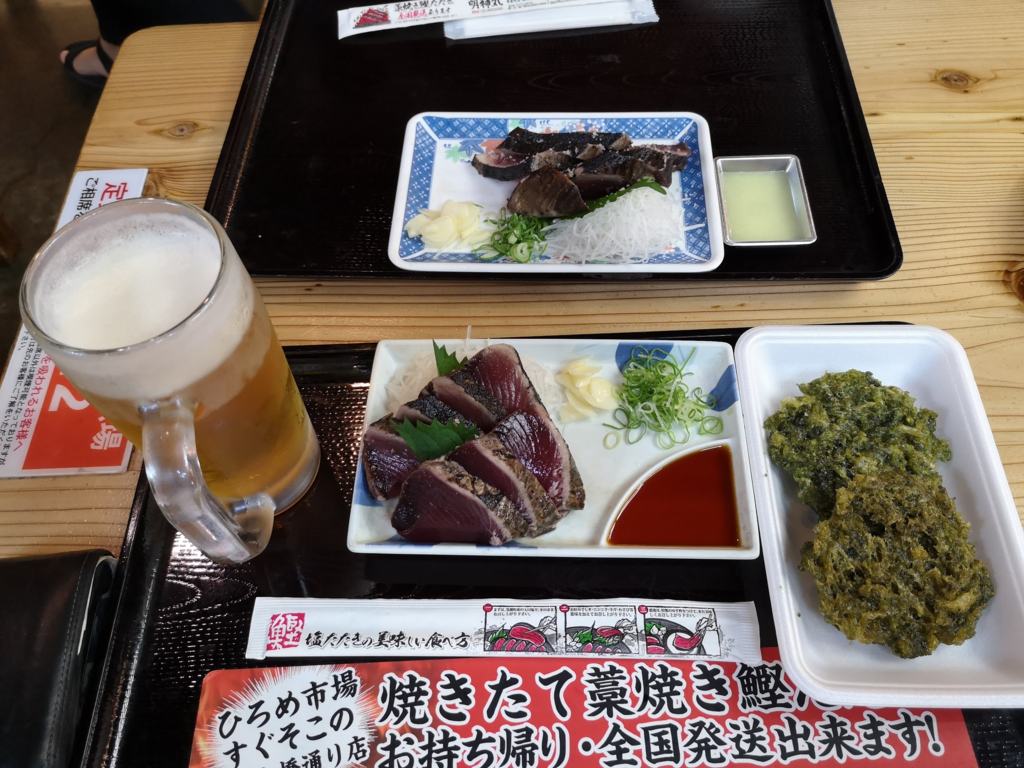 In addition to that, I ate 'Udon' noodle. 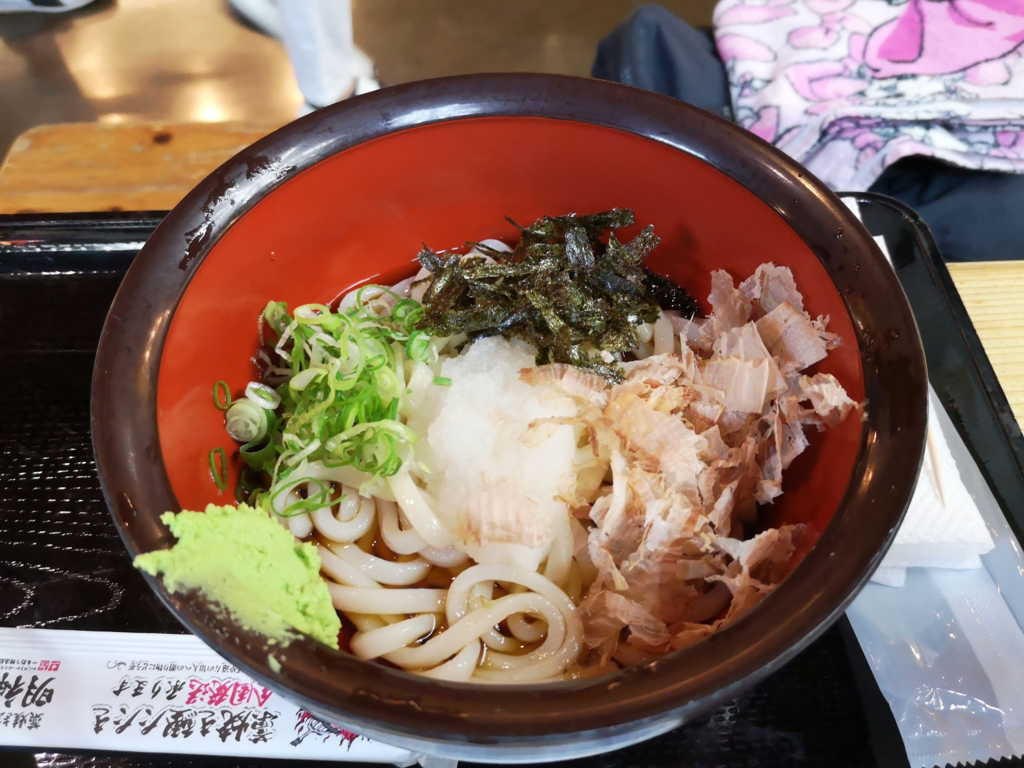 Finally, I went back to Haneda by airplane. 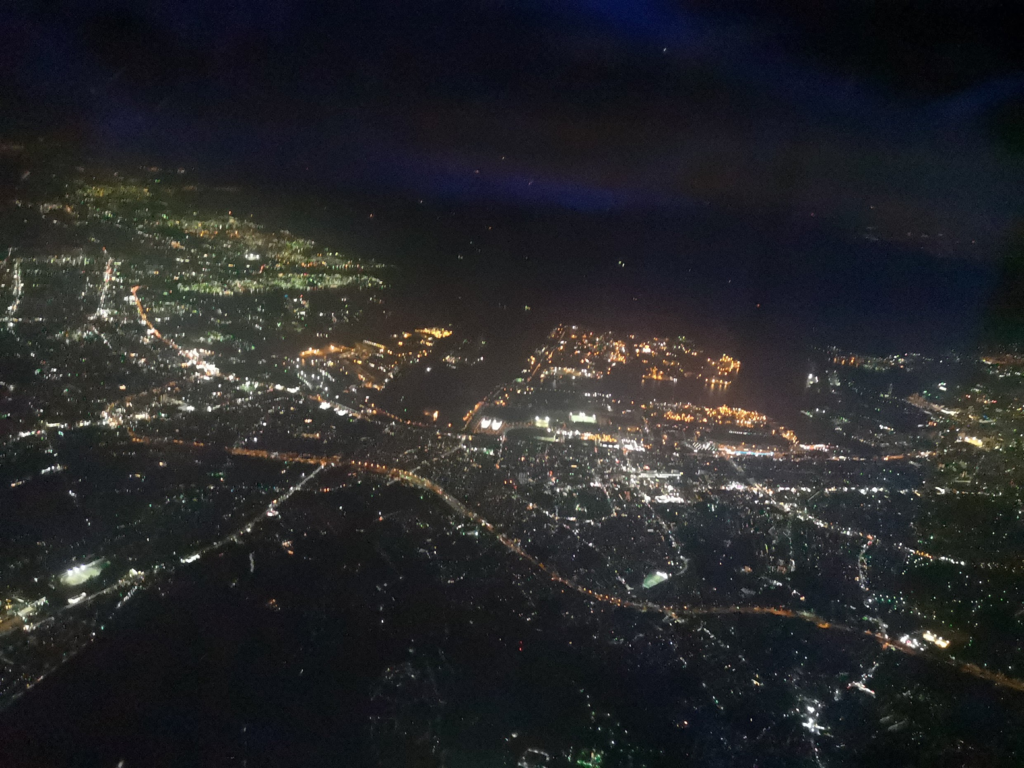 I strongly felt Kochi was very good place. I like it more after going there. Personally, it is the most favorite place in Japan, and want to go again.